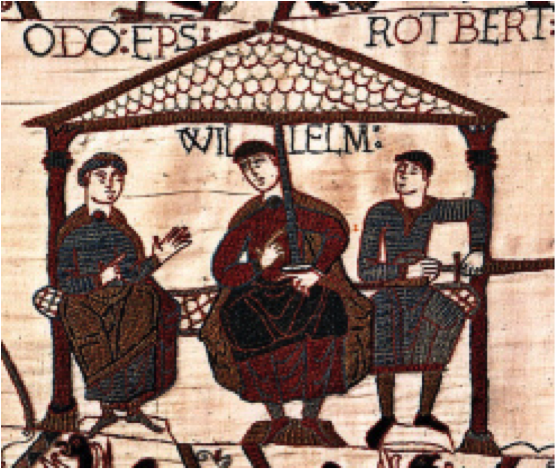 The origins of the leasehold system date back to 1066.

The Co-op party should fully support leasehold reform to expand the number of housing properties that are collectively owned in this country and to reap political support from over 4.5 million leaseholders in England, if Labour is ever to win another general election.

To win a Parliamentary majority Labour must win 124 seats, twice as many as needed in 2019. The forthcoming review of parliamentary constituency boundaries may increase this figure further. Owner-occupiers are less likely to vote Labour. (1) The Conservatives appear worried that their Government is unpopular with leaseholders who are required to pay for expensive fire safety works through no fault of their own. They have recently set up a new twitter account #toryhomes. The National Leasehold Campaign has been pushing the Government hard.  Their Facebook page has attracted over 20,000 followers in less than 4 years.

Research by the charity the Leasehold Knowledge Partnership who service the All-Parliamentary Group on leasehold reform revealed for the first time in 2014 that there were many more leaseholders than previously thought. They estimated 5.37million leasehold properties in England and Wales. The Government prefer a figure of 4.5 million leaseholders in England alone (2) They are often concentrated in key parliamentary seats. 17 of the parliamentary constituencies with the highest number of leasehold properties are in London:  14 are held by Labour and 3 by the Conservatives (Kensington, the Cities of London and Westminster, and Battersea). Over two thirds of all leaseholders in England live in London as a high proportion of properties in the capital are flats. The 20 parliamentary constituencies with the highest number of leasehold houses are in the North-west of England. 13 are held by Labour with the Chair of the Co-op Party Jim Mahon’s seat in Oldham West and Royton having the highest number of leasehold houses (74%) in England. The other 7 were won by the Tories in recent general elections. (3)

The leasehold system is a hangover from medieval times. A lease is a right to occupy for a limited period of time. If the lease runs out, the leaseholder becomes a mere tenant. A lease means that you have to obtain permission to make alterations, pay ground rent and service charges to the freeholder. Nearly all of the other English-speaking countries in the world have now adopted a system whereby flat owners jointly own the freehold of the property.  In Australia it is strata title and America it is condominium. Scotland and Ireland have abolished the leasehold tenure.

Labour tackled leasehold reform with the 2002 Commonhold and Leasehold Reform Act. This enacted the right of flat owners to form the commonhold tenure. This meant that leaseholders owned their own flat and had a share of the building as a whole.  This never got off the ground. There was no strong political campaign outside parliament to support this reform. It was not compulsory for developers to use the commonhold tenure for new developments. For existing leaseholders, they could only convert to commonhold if they obtained the agreement of all flat owners in their block. In practice this was not possible to obtain.

The Act did give leaseholders the right to apply to a tribunal to set up right to manage companies. This was very popular as it allowed flat residents to manage their own block with limited involvement from the freeholder. Over 5,000 have been set up. (4) These companies operate on a capitalist shareholder model. However, there is a potential for these companies to convert into a housing co-operative. This has already happened in south Wales (5). There are even more resident management companies set up by developers who could benefit from becoming right to manage companies.

The Competition and Market Authority is currently taking enforcement action against leading developers for the mis-selling of leasehold houses and selling on ground rents to third- party companies without the knowledge of the purchasers. This is a big issue in the north of England. The Government has agreed that no more leasehold houses can be built with funding from the Help to Buy scheme.

There has been much publicity lately about the plight of leaseholders who cannot afford to pay service charge bills to remedy historic poor standards of building construction. (6) A number of leaseholders have become bankrupt as result of the limitations of the Government’s Building Safety Fund. Unfortunately, this problem will grow as the draft Building Safety Bill will make all leaseholders liable to pay for the new fire safety standards as part of the Government’s response to the Grenfell fire tragedy. Sadiq Khan, the London Mayor has called on the Government to levy developers to pay for such costs. A growing number of Conservative MP’S are seeking to challenge the Government by tabling amendments to the fire safety bill to remove liability from leaseholders to pay for historic safety costs. Hopefully Labour in Parliament will support this rebellion.

The Government has finally agreed to introduce legislation to tackle leasehold reform by introducing the Law Commission’s proposals to tackle leasehold abuses and to re-invigorate the commonhold tenure. (7) There is cautious support from leaseholders for such developments that mirrored what Labour proposed in its 2019 manifesto.  The devil will be in the detail. The Tories are close to the interests of property. When the 2002 Act was going through parliament, there were over 2000 amendments to the bill from the House of Lords. The Conservatives cannot be trusted to deliver leasehold reform without a strong extra -parliamentary campaign.

Leasehold reform does not require a large amount of expenditure. It requires political commitment and legislative time. This issue has not been discussed at any Labour party conference in living memory despite regularly featuring in Labour Party manifestos and the hard work of the shadow front bench. To its credit, the Co-op party held a successful fringe meeting on the issue at the 2019 conference A successful campaign to promote the commonhold tenure would lead to a huge increase in the number of buildings in England and Wales where flat owners own a commonhold unit and a share of the freehold title. Commonhold means that flat residents can collectively decide on how they manage their own building, free of the commercial interests of the freeholder. The Co-op Party should formally give critical support to the Government’s proposals and consider how to mobilise all sections of the Co-op party to support this objective.