The Conservative Party in Bromley owes an apology to local taxpayers, homeless families rehoused into Kent, applicants on its rehousing list and the Conservative MP for Medway. The political decision to sell off the housing stock owned by Bromley Council in 1992 to a housing association has failed. (See this video about the supposed benefits of the housing stock transfer https://youtu.be/Ya21euK_x0k)

With no housing revenue account, the council was unable to build any housing stock. The new landlord did not build enough replacement housing stock. The result has been that Bromley Council with no housing stock of its own has had to arrange temporary accommodation for homeless households in the private sector. This is very expensive. Due to high rents in the private rented sector in the borough, the council has struggled to provide temporary accommodation with private landlords. The rates at which housing benefit was payable did not match the private sector rents.

The result has been that the council has been rehousing homeless families in Kent to a staggering degree. A council question on 10 January 2018 revealed that 2,904 homeless families had been rehoused outside of the borough in the past 4 years.  So many homeless households were rehoused by Bromley Council in Medway that the Mr Rehman Christi the Conservative MP for Gillingham complained to BBC South East News that Bromley had rehoused 200 homeless households in one year when there were already 5,480 households on local rehousing lists. See https://youtu.be/KB2y4YZNuVU ) 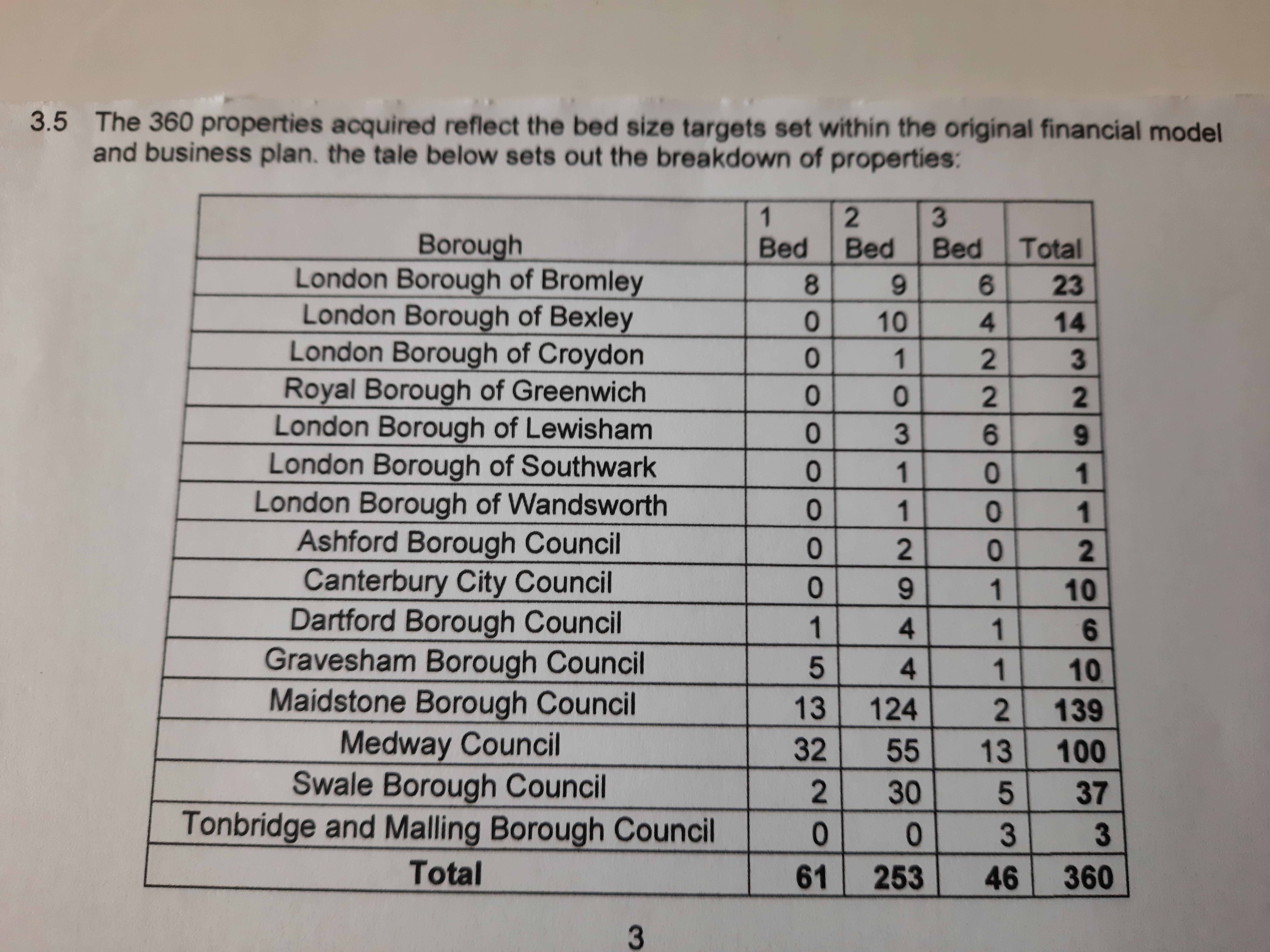 The above table is taken from a committee report to Bromley Council’s Public, Renewal, Recreation and Housing Policy Development and Scrutiny Committee on 30 March 2021. (See page 121 of the report at Agenda Item 9 on the update of the property acquisition programme). See https://cds.bromley.gov.uk/mgChooseDocPack.aspx?ID=6917

The council has formed a partnership with a private company for the sole purpose of acquiring and refurbishing up to 400 units to be used for rehousing homeless households. Nominations rights will last for 40 years. This table shows where Bromley Council will be rehousing homeless families. This accommodation is intended to be permanent.

At the meeting, a council officer  remarked that all these properties were within the required one-hour travel time limit of Bromley. This is clearly not the case if you live in one of the wards in the North of the borough or if you have to travel by public transport. It takes well over an hour  to travel from Bromley South to Canterbury by train !

Many people will consider that being moved to permanent accommodation in Kent will be very disruptive. Children will have to change school. There will be a loss of support networks and keeping in touch with family networks will be difficult for households on low incomes.

There appears to be some conflict between the council’s policy of rehousing homeless households and the code of guidance issued by the Secretary of State to local authorities in dealing with their housing duties.( https://www.gov.uk/guidance/homelessness-code-of-guidance-for-local-authorities/chapter-17-suitability-of-accommodation)

17.47 The suitability of the location for all the members of the household must be considered by the authority. Section 208(1) of the 1996 Act requires that authorities shall, in discharging their housing functions under Part 7 of the 1996 Act, in so far as is reasonably practicable, secure accommodation within the authority’s own district.

17.48 Housing authorities, particularly those that find it necessary to make out of district placements, are advised to develop policies for the procurement and allocation of temporary accommodation which will help to ensure suitability requirements are met. This would provide helpful guidance for staff responsible for identifying and making offers of accommodation, and would make local arrangements, and the challenges involved with sourcing accommodation, clearer to applicants.

17.50 Generally, where possible, housing authorities should try to secure accommodation that is as close as possible to where an applicant was previously living. Securing accommodation for an applicant in a different location can cause difficulties for some applicants. Where possible the authority should seek to retain established links with schools, doctors, social workers and other key services and support.

These are serious numbers for an affluent borough such as Bromley.

At the July 2020 meeting of the full council, Bromley decided to re-open its housing revenue account due to ever growing numbers of homeless households and the expense this caused to local taxpayers. (https://www.insidehousing.co.uk/news/news/london-borough-to-set-up-hra-to-bring-down-temporary-accommodation-costs-67021)

According to Inside Housing:

The council estimates it needs to expand the pipeline of affordable housing in the borough by 1,000 homes to bring down temporary accommodation costs – or see its £16.9m yearly budget gap grow to £26.5m by 2024/25.

The council has agreed to pay for between 510 to 500 units to be funded through the Housing Revenue Account. The first sites are supposed to be completed in September 2021 are:

These will be the first council houses to be built in the Borough for nearly 40 years. In common with many other local authorities, they will be built at the factory and assembled on site. 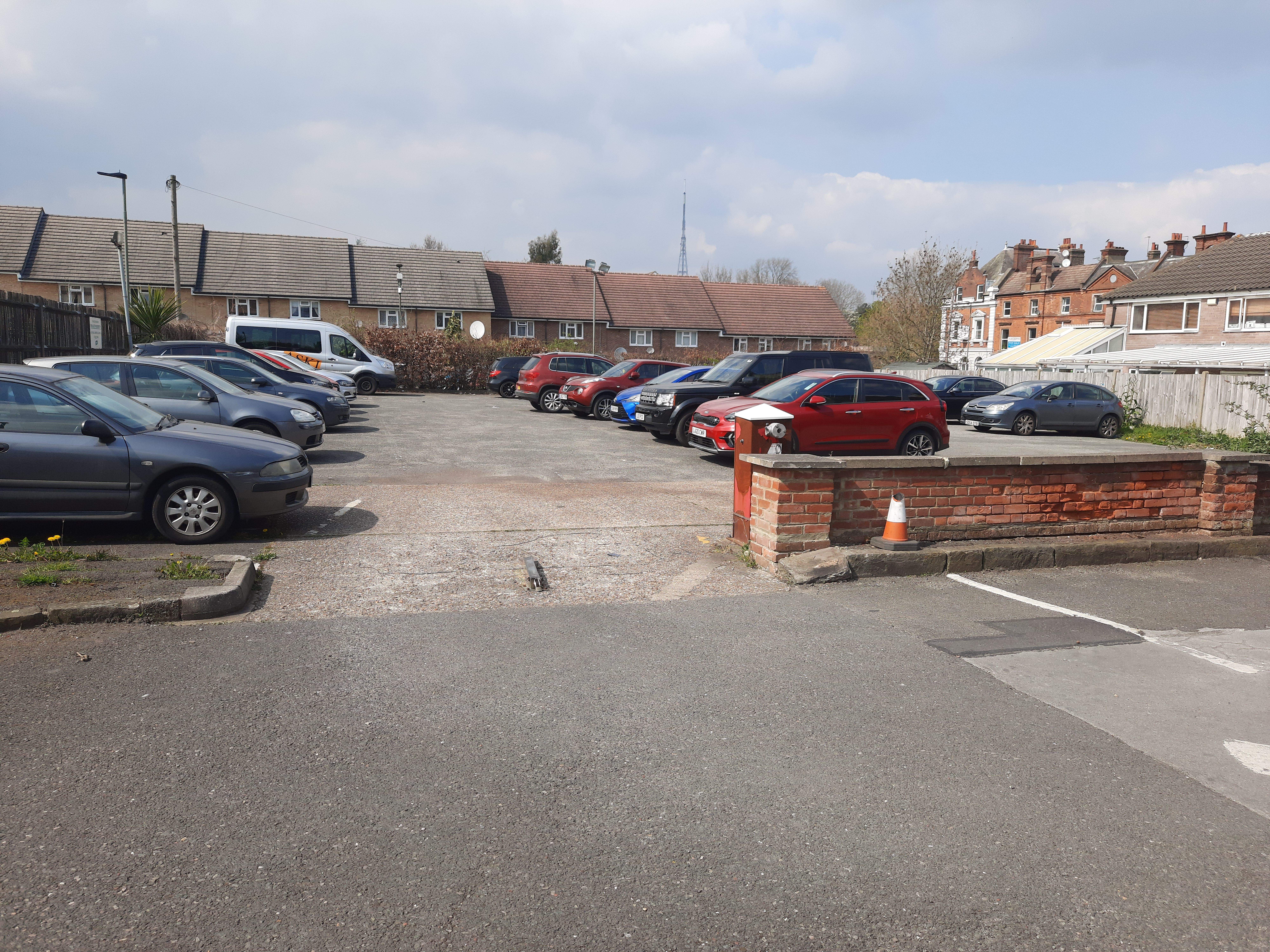 The above picture was taken on 20 April 2021. This is the overflow carpark at Anerley Town Hall. There are supposed to be 10 modular homes built here by September 2021. This timetable appears very ambitious.

The planned rehousing of so many homeless households out of the borough are reminiscent of gerrymandering by the Conservatives in Westminster. ( https://en.wikipedia.org/wiki/Shirley_Porter) 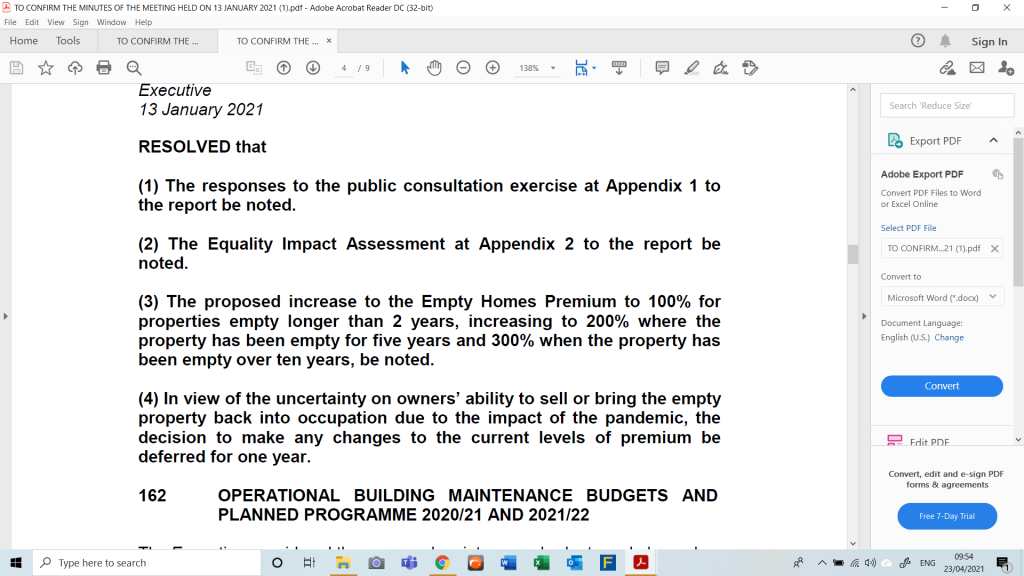 The proposed council house building programme by Bromley council is too limited. The council should take note of the large blocks of flats built by the private sector near Lower Sydenham and Bromley South train stations. The planned rehousing of homeless families into  Kent must stop. The current housing crisis in Bromley would not be so dire had the council’s housing revenue account not been abolished in 1992.