The Competition and Market Authority (CMA) is about to take legal action against housing developers on behalf of leaseholders who were mis-sold their properties by leading housing developers. Such a move is unprecedented and if fully supported by all progressive opinion in England and Wales would be an important step in abolishing and not merely “polishing up” the antiquated leasehold tenure system in England and Wales.

The CMA has wide powers to require business organisations to remove unfair contract terms from consumer contracts and can apply to court for an injunction to prevent their continued use.

The CMA is concerned that leasehold “homeowners” have been unfairly treated and prospective buyers misled by housing developers.

In some ways the CMA intervention is surprising. A 2014 report by the CMA into the leasehold housing market gave it a clean bill of health. Cardiff Trading Standards has already settled a mis-selling case against Persimmons one of the biggest housing developers. An out of court settlement meant that the company agreed to give freehold title to leaseholders who complained that they had been sold leases instead of full ownership of their properties.

The truth is that the CMA has been sat on by the powerful all-party House of Commons Select Committee in its bi-partisan critical inquiry into the leasehold system in March 2019. The leasehold lobby is increasingly influential. The Facebook page for the National Leasehold Campaign now has over 17,000 followers and growing. The All Parliamentary Group on Leasehold reform currently stands at 153 members.

The CMA have correctly picked up that some leaseholders will come within the scope of the 1988 Housing Act. Where ground rents exceed £250 per year or £1,000 per year in London, a leaseholder is classed as an assured tenant. This means, for even small sums of arrears, leaseholders can be subject to a mandatory possession order.

Unfortunately, the CMA have given the solicitors involved a clean bill of health. Builders required prospective purchasers to use their own solicitors who failed to tell their clients that they were not in fact buying a freehold property. It is remarkable that this conflict of interest is compatible with professional conduct rules. These solicitors are now subject to negligence claims by fresh lawyers.

This pending enforcement action is embarrassing for the Government who had persuaded housing developers to sign up to a voluntary code of practice in order to “limit” the damage of toxic leases. There are links between housing developers and the Conservative party.

In America, riots and the formation of the Anti-Rent Party in the nineteenth century lead to the abolition of feudal tenures. 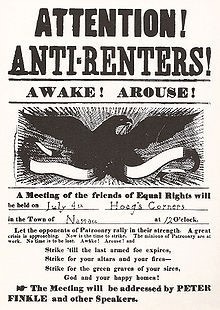 A lease is a wasting asset. Once it runs out, a leaseholder becomes a mere tenant. Lenders are reluctant to lend on short leases. Leasehold do not own the land their property is built on. This is owned by the freeholder for which they pay a ground rent. The freehold title can be sold on a third party without the knowledge or consent of the leaseholder. If a leaseholder breaks the lease, the freeholder can exercise the nuclear right of forfeiture and if successful the leaseholder is evicted thereby losing any equity in the property. There are problems with high service charges and permission fees.

Leasehold reform is rapidly moving up the political agenda. The House of Commons Select Committee is launching an inquiry into the cladding scandal in residential blocks. The Law Commission is about to publish a report on how to develop the Commonhold tenure. Commonhold is a form of tenure whereby all the residents in a block own the freehold title. Each flat owner automatically becomes a director of the company that owns and manages the shared areas. There is no freeholder or ground rent. Commonhold is in effect a type of property-owning housing co-operative.

If all leasehold properties were converted to the Commonhold tenure over the lifetime of a Parliament as envisaged by the Labour Manifesto in 2019 this would lead to the biggest ever increase in the number of properties that are owned co-operatively. All sections of the Labour and Co-Operative Parties need to be seen to be campaigning with leaseholders if their votes are to be won.

See also – The Truth about leasehold – an unjust and immoral system